Several years ago my husband, Benny, took a group of small-group leaders from our former church on a marriage retreat. And he had a surprise for us. You see, past retreats like these had been characterized by various couples or individuals getting onto the “hot seat” where marital sin patterns or weaknesses were lovingly discussed. Leading up to these weekends, couples started joking about who would occupy the hot seat this year and wives noticed their husbands being extra nice. Smile.

The hot seat wasn’t horrible. It was great to get helpful input about our marriages. The correction was given with the collective heart to express care and love. But over the years we learned that something was missing.

So this retreat was different.

Benny started by sharing there would be no hot seats this year. The focus of the weekend would be Biblical Fellowship in Marriage, characterized by learning what it really means to speak the truth in love to one another.

We have been a part of churches that valued truth-telling. My life has been changed by friends who had the love and courage to point out areas in which I was blind to weaknesses or sins in my life. I don’t know who I would be today without them!

But had we “missed something” about what truth telling fully meant?

Ephesians 4: 15-16 says, “Instead, speaking the truth in love, we will in all things grow up into him who is the Head, that is, Christ. From him the whole body, joined and held together by every supporting ligament, grows and builds itself up in love, as each part does its work.”

Speak the truth “instead” of what? To find that out we have to look at the preceding verses where Paul exhorted believers to grow in Christian maturity and warned them not to be confused by false doctrines. In the past I learned that “speaking the truth in love” essentially meant “pointing out someone’s sin or weakness with a smile.” But is that really what Paul was talking about?

What will help us grow and protect us from false doctrines isn’t just being nicely confronted by our friends. Loving correction is certainly one aspect of genuine Christian love. But the thing we most need to hear to grow and protect us is the gospel.

It’s the truth of the gospel that we need to speak to one another.

On that retreat, Benny taught us how to speak gospel truth to each other. 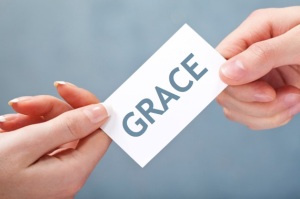 How did he do this?

The truth about us, he explained, is that we are both sinners and saints. We have areas of needed growth and achieved growth. The gospel truth is that we are in the process of being conformed to the image of Christ by His mighty power. Yes, we remain sinners, but growth is occuring because Christ, the hope of glory, lives in us!

Commentator P.T. O’Brien says this about the Ephesians passage above:

“The apostle is not exhorting his readers to truthfulness in general or speaking honestly with one another, as appropriate or important this may be.  Rather, he wants them all to be members of a confessing church, with the content of their testimony to be the ‘word of truth’, the gospel of their salvation.”

What can this kind of gospel speech look like?

I have a story to tell you on Monday.

4 thoughts on “A Pastoral Surprise”

What are your thoughts? Cancel reply