Today is my fourth-born child’s birthday. I don’t highlight all of My People’s birthdays each year because if I did I wouldn’t have enough weeks to blog about anything else. But last night I was unable to fall asleep and found my thoughts turning to my Joey. 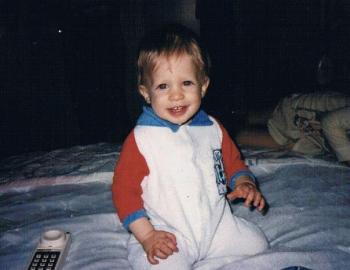 Sandwiched between three siblings on each side, Joey was the consummate middle-child peacemaker. Well, except for the day at age three when ruckus in his and 4-year-old Jesse’s room found me calling Benny on the phone to tell him his sons were in a fist fight…with Joey on top pounding on his much bigger brother.

Joey’s peacemaking made him the natural choice for his siblings designating him as the “ask Mom” delegate…especially when the other kids thought I would say no to them but not to the adorable little guy with big blue eyes who did have me pretty tightly wrapped around his finger. It was one of those things I didn’t realize was going on — and didn’t find out until they were grown. (Those of you with adult kids know those “Ummm…we didn’t tell you that?” conversations around the dinner table when confessions are flowing so conveniently late.)

Everyone loved Joey’s smile. Sometimes I would catch him smiling pretty much for no reason. Life just seemed to be fun for him, no matter what was going on.Until he was 8 years old he smiled all the time, but then he started 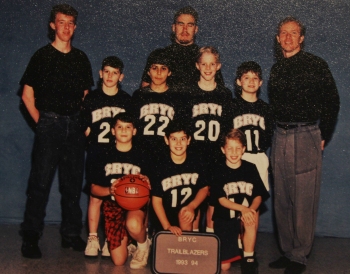 playing basketball. Nope, no smiles there. Who tells little boys not to smile while they’re playing sports? Actually, all my sons suddenly developed a “game face” when they got a basketball in their hands. They learned to love and proudly display that face. And to this day, years after the only games they play are followed by complaints about how old and slow they are, I almost always have to tell them to smile in pictures. I don’t get it. 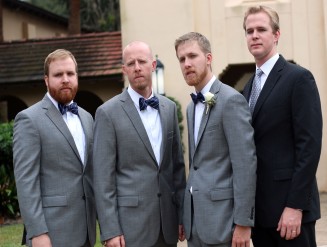 They insisted on a game face pic even at Jake’s wedding last month.

After our move from Virginia to Florida when Joey was fifteen this mother and son became closer than ever. We were both homesick and would check in on how each other were doing. Just before the 3-year mark we were in the car during one of our many treks back and forth to the community college and I asked Joey how things were going.

“Mom, this is starting to feel like home,” he said. I agreed. God had moved in both our hearts. I didn’t mind that Joey wasn’t too interested in getting his license until he graduated high school because it gave me lots of time to chat with a budding young man who I increasingly respected and who was okay about sharing his heart with his mom.

Those eyes and smile captured Lauren’s heart, too.

Then came the day when his heart was turning toward a cute brunette in our church. I won’t forget the night he made a customary stop into our bedroom to kiss me goodnight and sometimes chat with his dad and me about his day. That chat turned into a lengthy talk about Lauren. It seems an upcoming missions trip to Wales had him looking forward to spending some leisurely time with her to see if the stirrings in his heart would find their home in hers. They did. My son’s wise choice of a delightful, godly and fun wife resulted in Amelia Grace Phillips who may have Daddy’s coloring but certainly has Mommy’s love for dancing anywhere and everywhere, especially at Disney.

Several years ago Joey surprised us all with a new “gift.” It came seemingly out of nowhere and we don’t really know what to call it; a sense of humor is too weak so maybe the “gift of wit” as one guy called it will suffice. During his years of coaching high school basketball at our former church Joey started writing kinda true but humorously embellished recaps of the year to read at the annual sports banquets. While the room crescendoed with laughter as he read, Joey’s deadpan face remained unchanged. Those banquets produced requests to do his “thing” at birthday and engagement parties and for wedding toasts — and I’ve already told him his funeral debut will be for me. If you ever want a really good laugh that usually ends with heartfelt warmth let me know.  I promise you don’t even have to know the people. 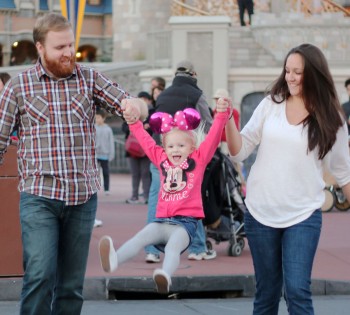 My favorite memory of Joey so far is one that made me realize my boy had become a man. Benny and I had just learned some painful news about someone we love and needed to confide in someone trustworthy. I reached out to a couple of my kids, including Joey. Looking back, it was the first time Mom went to the kid for help and advice rather than it being the other way around. Sitting in McDonald’s that night I was wisely and compassionately cared for by someone whose tender blue eyes searched my own to see how I was processing the news. Those same eyes had looked into mine hundreds of times over the years when he sat on my lap. Ran to greet me with outstretched arms when Benny and I returned from a trip. Silently begged me not to leave him in Sunday School before he compliantly turned to join his friends. Twinkled with joy when he made the select basketball team and later fell in love. And brimmed with tears the day we packed up his room (including a bunch of basketball memorabilia) to move into the first home he was about to share with his bride.

That night the peacemaker reminded me that I could trust the One who promised a suffering, hurting mom-turned-counselee peace that passes understanding. And since then I have found timely hope in those tender eyes again and again even when no words are exchanged.

Happy Birthday, Joey. Twenty-nine years ago today God gave me a baby son who is now I man I deeply respect. Your eyes and your smile still melt my heart. I love you — even though you lied to me about never leaving me and promised to live next door when you got big.

(But Lauren and Amelia — and maybe little Wiley someday? — are more than worth it.) 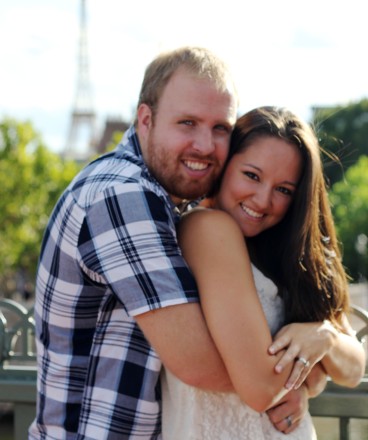 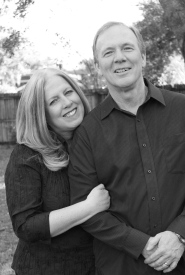 We're Benny and Sheree. You can find out more about us by clicking the "about" link above.

A calendar of posts

Musings on the Faithfulness of God

A Rich Harvest of Ideas to Help Your Marriage Grow

Morning by Morning
The Inspire Tribe

The latest news on WordPress.com and the WordPress community.